A powerful and personal story about mental health

Growing up I was a sporty, academic, popular and happy-go-lucky kid. I never thought depression would ever be a word that would be associated with me, let alone something that would dictate my life, and subsequently nearly end it.

At 14 years of age and in year 9 of secondary school, I suddenly found myself uncontrollably crying for days and weeks on end. I was lost, confused, empty and felt entirely alone. It was October half term. I didn’t leave my room unless it was to walk or run for hours on end to try to pass the time. It wasn’t until the following Monday when I refused to go into school (which, as a 100% attendance student was strange) that my dad raised concerns about me. He took two actions; he emailed my head of year, and he rang my GP to book an emergency appointment for the same day. The doctor immediately diagnosed me with clinical depression and prescribed me fluoxetine (a selective serotonin reuptake inhibitor) and referred me the CAMHS.

My head of year invited us to a meeting the following day with the school nurse, my parents and myself. I felt like I was fighting a losing battle. I was told I had to be in school legally despite feeling like I most definitely couldn’t deal with it.  Despite the meeting being entirely revolved around me and my wellbeing, I was asked just one question, ‘How do you feel about being in school, Ruth?’ I replied ‘I just don’t think I can deal with the social side of it’ and immediately broke down into an inconsolable eruption of tears. The school nurse took me to another room where I was told to ‘just smile.’ Not a good start.

Much to my despair, the following 3 weeks I had to be in school. My days consisted of crying all the way to school (a 40-minute journey), crying to the school nurse for 30 minutes before crying all the way home again. It was horrific.

Luckily for me medication did begin to kick in after 3-4 weeks, and I gradually became a full-time student again. I went on to achieve 9 A*s and 2As in my GCSEs and gained a newfound strength from overcoming my adversity. My CAMHS appointment came too late, and I offered it to someone else who probably needed it more than I now did.

I was never educated about mental health in school. I only learnt about it through going through severe mental illness. No one told me that depression wasn’t necessarily a one-shot wonder like chicken pox or similar illnesses, but it could come back to haunt me again. I found out the devastatingly hard way.

In my final and most important year of school, competing against 3 A levels, I relapsed. I was in denial for a long period of time because I refused to accept that I would have to fight this battle all over again. It felt so unfair and I felt victimized by this invisible illness. The first person I ever opened up to was my biology teacher, Mr Donoghue. He was incredible. I spoke to him everyday throughout my last year of school. He helped me to reduce my timetable to a more manageable size and he emailed me regularly to check in with how I was doing. He’d make me a cup of tea and I’d unload to him at break time or lunch time or whenever I needed to talk. To be honest, having re-engaged with CAMHS and being severely let down by them (not transferred to adult services when I turned 18, which unfortunately is not uncommon), Mr Donoghue was the only constant. He was always someone I could turn to. In meetings with my parents, my head of sixth form and the school nurse, Mr Donoghue sat by my side, and despite being nothing more than my biology teacher, it felt like he was on my team.

Heartbreakingly, my depression took a dark turn and I began self-harming and having suicidal thoughts. I tried fluoxetine again, then sertraline, both having negative effects. In contrast to when I first struggled in year 9, I was able to take several weeks out of school during this tricky period.

In April 2017, I made the tough decision not to complete my A levels because I was hardly attending any lessons. I was predicted 3 A’s and had offers from 5 top English Universities, my whole school career had come down to this. I was distraught. My school supported me fully in this decision, my head of sixth form reiterating several times that ‘health and happiness comes before education’. Mr Donoghue continued to be there for me until I left school, even though I technically wasn’t even one of his students anymore as I wasn’t completing biology A level. I would describe my depression as feeling like you’re drowning in the middle of the ocean and being unable to see any shore. Mr Donoghue didn’t stop me from drowning, but it was like he was sat in a little boat me, so I never had to fight alone. He didn’t offer me any advice, he was qualified to do so, he just listened, and that meant more to me that he’ll ever take credit for.

Unfortunately, when I left school in summer 2017, things continued to deteriorate for me. I guess the support system from school in both friends and staff was lost as well as the lack of psychological support. I was in and out of A&E, put on 2 more medications with equally bad side effects and was finally admitted into hospital for 3 weeks in November following attempting to take my own life. I’d truly reached rock bottom. Luckily, I’ve managed to rebuild my life, brick by brick (without support from mental health services I must say- I’ve been let down 17 times in total…)

Personally, I think schools have such an important role in educating young people about the issues that could face them. Students should be taught how to maintain positive mental health, how to seek help if they’re struggling and how to look out for a friend or family member who is going through a tough time. We need to eradicate the stigma that still surrounds mental illness. It’s ok not to be ok. It’s ok to struggle and it’s ok to ask for help. Teachers need to be able to deal with mental ill healthamongst their students. They need to be more like Mr Donoghue; students need to be treated as human-beings above all else. Take time to listen. You can truly have a life-changing, if not life-saving impact just as Mr Donoghue did for me.  We still meet occasionally for a cup of tea now.

I’m now 19 years old and advocate full-time for mental health. I talk in secondary schools up and down the country in the hope to raise awareness and encourage people to reach out. I didn’t complete my English A level, but I have written a book documenting my story which will be out in paperback on 5thNovember. Health and happiness comes before education every single time. 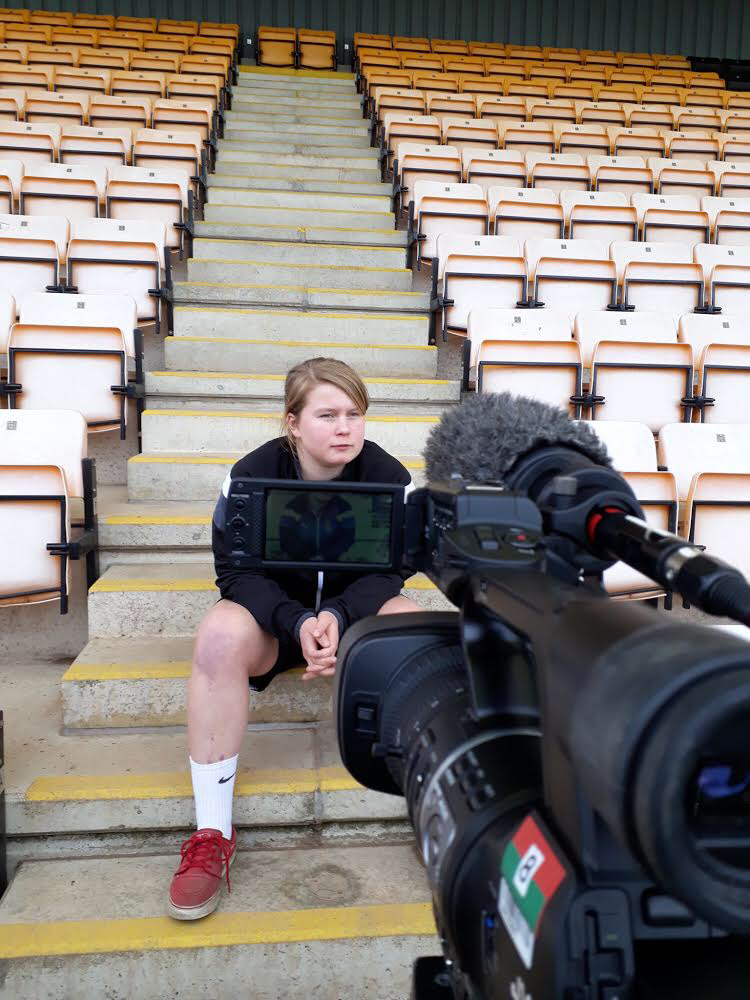 Ruth Fox is a 19-year-old mental health advocate, author and public speaker determined to change the attitudes surrounding mental health, the roles schools play in educating in mental health and the ways in which they support students with mental illness. She aspires to impact as many people as she can by sharing her very real and very recent experieces so they don't have to go through what she's been through.

Warning: If you believe in Santa do not read this update from Ofsted