Grammar schools, the evidence so far.

The arguments for more grammar schools can broadly be summarised thus:

“I/my uncle/my sister/my a.n.other family member was lucky to go to a grammar school…  My parents/I were working class and without it they/Iwould have never studied the academic subjects at school… Without grammar school, I/they would never had the opportunity to attend Oxford/Cambridge/Russell Groupuniversities and become as successful as I/they have in banking/law/engineering/journalism…”

There is clearly much to take from this anecdote and many others that have been expressed as “evidence”. First, the person is thankful for the education they received; without any other experience, how would they know they would not have achieved what they have from a comprehensive education? Is their anecdote greater than Laura McInerney’s, whose parents left school at 15, had a comprehensive education, went to night school for A levels and both read PPE at Oxford?

A true comprehensive school has the full range of the ability and, generally, the full range of social backgrounds.  These comprehensives exist only where there is no selection.  The current non-selective secondary modern schools in Kent and Bexley (two areas I know well, having worked in or near both) will offer multiple pathways for students who don’t pass the 11+.  They are successful in helping students achieve high outcomes and move onto some of the best universities. The difference is that they will have a small number of students from the prior high attaining group, larger numbers of SEND students and greater than national average of numbers of students from deprived backgrounds.  Their neighbouring grammar schools are almost 100% socially engineered from the 11+ test, where parents pay huge tutor fees to help their children gain access to these selective schools.

As Chris Cook stated: “Grammar schools are a part of many people’s identities: having won admission to a selective state school plays an important role in the story of their life, especially if they came from a less privileged family. But, as a way to raise standards or to close the gaps between rich and poor, it is hard to find evidence that they are effective.” http://ig-legacy.ft.com/content/cb1e02f4-7461-3fd1-ac5d-9fd9befb20dd).

Outcomes are better for those who go to grammar schools

Outcomes are slightly better for students who attend grammar schools.  However, the Institute of Fiscal Studies spotted that: “There is robust evidence that attending a grammar school is good for the attainment and later earnings of those who get in. But there is equally good evidence that those in selective areas who don’t pass the eleven plus do worse than they would have done in a comprehensive system.”.

Again, in Chris Cook’s work in 2013 he found that “you can see that fewer children get scores in the high 20s in selective areas than in the rest of the country, and more get them in the high 30s and in the ultra-low scores. This is broadly as you would expect, from a system that deliberately divides children at the age of 11 into sheep and goats.”

Therefore, grammar schools sacrifice the education outcomes for all at the expense of the many for the benefit of the few.

Those who go to grammar schools go to the best universities

Graham Brady’s argues that grammar schools are more successful at getting students into University: “Of the state schools getting the highest proportion of their students into the top 30 universities in the country, four are fully selective and a further eight are partially selective.”  (http://www.civitas.org.uk/pdf/theselectiondebate).

I would hate to pour scorn on a government minister’s ability to use statistics (see Michael Gove’s desire to get all schools above average), but there is clearly a problem with Brady’s analysis.  If you select the most academically able, you would expect a higher proportion of those students to go to a top 30 university.

In fact, the Centre for Longitudinal Studies at the Institute of Education, which analysed the education histories of more than 7,700 people England and Wales whose lives were being followed by the 1970 British Cohort Study, found that found that “grammar schools have been no more successful than comprehensives at helping to ensure their pupils gain a university degree or graduate from an elite higher education institution.”

Professor Alice Sullivan of the IOE, the study’s lead author suggests that: “preliminary investigations suggest that grammar schools did make a difference at O-level [the qualification replaced by GCSEs], but this did not follow through to university chances. There appears to have been a ‘leaky pipe’ between grammar school attainment and university entrance.” That study concluded that overall, 31 per cent of private school pupils in the 1970 birth cohort got a degree from an elite university, compared with 13 per cent from grammar schools, 5 per cent from comprehensives, and 2 per cent from secondary moderns.

However, the researchers concluded that the apparent success of grammar schools was due to selective school pupils coming from more advantaged social backgrounds and having higher academic attainment at age 11.

The report concluded: “The fact that grammar schools provided no special benefit for working-class pupils’ higher-education chances is important in the light of current debates on schooling and social mobility.”

So, the argument that we should have more grammars to improve access to the best higher education is simply not true. In fact, there is ample evidence to show that, once at university, students from comprehensive schools do better than privately and grammar educated ones admitted with same A-level grades. (https://www.theguardian.com/education/2013/jun/16/accesstouniversity-private-schools,https://www.timeshighereducation.com/news/study-finds-more-evidence-state-school-advantage-degrees  and https://www.suttontrust.com/newsarchive/comprehensive-pupils-outperform-independent-grammar-pupils-university-degrees/)

David Davis’ foreword to Civitas’ selection debate (found here http://www.civitas.org.uk/pdf/theselectiondebate) explains that social mobility has “taken a nose dive” since selection was removed in the early 1970s.  Davies’ argument for expansion of grammars is that they will lift students from socially disadvantaged backgrounds into the middle class.

He found that “if you plot how well children do on average by household deprivation for selective areas and for the rest of the country, you can see that the net effect of grammar schools is to disadvantage poor children and help the rich.”

Furthermore, the Institute of Fiscal Studies found:“this isn’t just about differences in ability. “Amongst high achievers, those who are eligible for free school meals or who live in poorer neighbourhoods are significantly less likely to go to a grammar school,” (https://www.ifs.org.uk/docs/Grammar_Schools2013.pdf#page=24  )

So, this argument also simply doesn’t stack up.

In conclusion, the Education Policy Institute made the following conclusions from all the evidence (https://epi.org.uk/publications-and-research/grammar-schools-8-conclusions-data/):

“A more productive route might be to look at those areas, like London, where overall standards and results have improved dramatically in recent years. Around half of pupils eligible for free school meals in inner London achieve 5 or more GCSEs at A*-C, double the proportion outside London. Furthermore, inner London has been particularly effective for high levels of attainment, with around 15% of pupils eligible for free school meals achieving 8 or more GCSEs at grade B or above in inner London, compared with 6% outside of London.” (https://www.ifs.org.uk/publications/8469)

Number of grammar schools in London? 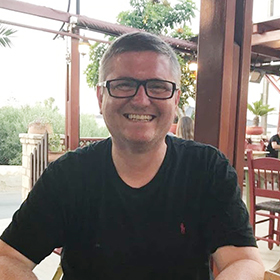 Headteacher, FRSA, member of NAHT Secondary Council. Next year Liam starts his new role as Director of Curriculum, Teaching and Learning at GLF Schools. He is also a very proud Fellow of the Royal Society Arts. Finally, he is a season ticket holder at Brighton and Hove Albion and has supported them since 1977!

So you want to learn another language?

Getting to the root of meaning - Entertaining Etymology