The summer holidays are under way, but for some children, the studying – and the homework – will continue.

It was a moment of pure joy: school was out for summer.

Your school bag was shoved in the back of a cupboard. School shoes went the same way. Ahead lay countless days of freedom, play and sunshine.

That used to be the case for most children – yet not all youngsters today enjoy the same.

There’s school work to catch up on; a year’s learning to consolidate.

It has been a problem baffling education experts for years. How do you stop youngsters “unlearning” what they have been taught in schools during the long summer holidays?

The classroom may be out for summer but what they have been taught seems to disappear, too.

Every summer, we hear about the dangers of “summer slide”—kids going to the beach, watching television, or playing video games, all the while forgetting most of what they learned during the school year. The real story, as it turns out, is a lot more complicated, according to a recent article by a researcher in Education Next.

The idea of summer learning loss—of a growing learning gap between students who took summers off, and those who continued to study—was most famously recorded in test scores from Baltimore in the 1980s, and appears to be supported by common sense: If kids spend their summers playing, they’ll fall behind those that spend their time studying. But according to Paul T. von Hippel, a policy professor at the University of Texas at Austin, there are flaws with the research on summer learning loss that should make us question the universal truth of summer slide.

“I used to be a big believer in summer learning loss,” von Hippel explains in the article. “But my belief has been shaken. I’m no longer sure that the average child loses months of skills each year, and I doubt that summer learning loss contributes much to the achievement gap in ninth grade.”

Charlotte Gater, the Head of Curriculum at Explore Learning advised the following:

“The summer is a time for fun and relaxation but research has shown that many children’s academic abilities drop over the break, therefore undermining all the hard work they, and their teachers, have done over the year.

“While it can seem a little daunting at first, it’s very important for parents to actively encourage their children to keep learning to avoid the negative impact it can have on their return to school in September.

“However, it doesn’t need to lead to arguments; learning can be done in a fun, effective way – through games, technology, extra tuition and interaction with their friends and the outside world – which all combine to keep their educational engagement ticking along over the break.”

Professor for Teaching Excellence, Syracuse University writing for The Conversation:

As a literacy educator for the past 27 years – and the parent of two teenagers – I’ve tried many of these recommendations myself. (Ask my son about the library reading programs I signed him up for, and wait for the groan.) I understand why such tips are appealing. Who doesn’t want young people to spend their summers more productively than sleeping and playing online games? But it’s high time we question the assumptions baked into our thinking about the so-called “summer slide.”

Let me tell you why.

The summer slide is real, but …

It’s hard to blame parents for anxiety about summer loss given a century’s worth of research that shows young people can lose up to several months’ worth of school-year learning over summer break. Studies also show older students have greater gaps than younger students, and summer loss is greatest for low-income students. These findings are worrisome.

At the same time, it’s important to recognize that concerns about summer loss are grounded in an idea that learning is linear and that students’ gains or losses are best measured by performance on achievement tests. Any gaps these tests reveal need to be considered with caution.

The loss-prevention recommendations themselves also reflect some problematic biases. Parents and caregivers from all walks of life find ways to support their children’s growth and development. But many ideas suggested for stemming summer setback assume an audience with disposable income, employment flexibility and English fluency that not all families have.

For example, tracing shadows every two hours from breakfast to dinner is easier for a parent with the means to stay home than a working parent. Suggesting that families who can’t afford summer camps create their own using online resources ignores variation in parental education, literacy levels and technology access. Such disregard of social class differences is particularly concerning since many summer-loss articles are thinly veiled advertisements for commercial products and programs.

Also troubling is the assumption that families, not educators, should promote learning in specialized areas such as mathematics, reading and science. Although families from all walks of life promote varied kinds of learning in everyday life, most parents lack preparation to address academic subjects, and their year-round obligations don’t end just because school is out for their offspring.

So, what’s the answer? Do we simply allow our kids to have fun during the holidays doing exactly what they would like to do with their friends? Or do we, as parents, try to encourage them to stay learning WHILE having fun?

Of course there’s always this from Alice Cooper:

No more pencils no more books

School’s out for summer

School’s out with fever 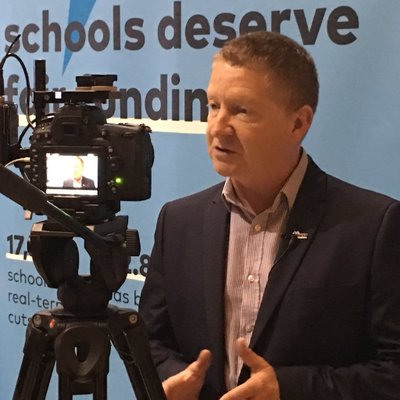