The other day I found myself remembering the very first session on my NPQH training course. We were all asked to draw on a flip-chart, what our ‘Ideal School’ would look like. At first my ideas were flippant and mostly revolved around snooker tables and coffee machines in the staff room. However, I then realised that ‘my ideals’ revolved around the curriculum and ways in which the ‘perfect school’ would create a culture in which all pupils were engaged in learning and were happy. Oh, and there were also no league tables in ’My Ideal School’.

League Tables can make or break a school. So it’s no surprise that the majority of educational priorities are aligned with academic excellence – often to the exclusion of everything else. Creativity, empathy, imagination, critical thinking and a sense of worth cannot easily be measured, so don’t count in the statistics of how well a school is doing. Some, like Sir Anthony Seldon, have of course suggested that some of these things should be ‘measured’ and feature in League Tables.

But this is a time when mental health among young people is deteriorating. The rising number of school exclusions also suggests schools are not catering for the needs of children who challenge their reputation for “excellence”.

Education policies appear to be contributing to the current crisis which sees anxiety and depression increasing at an alarming rate. Many young people do not like themselves or the world they are in. This is not surprising when children get the message that what matters most is high test scores and their greatest fear is not measuring up and being a “loser”.  See the earlier post on Teachtalks by Ruth Fox……

But it doesn’t have to be like that. We need a different aspiration for education, one that fits with healthy child and adolescent development. Not only would all of this create more engaged pupils but there would also be fewer young people needing mental health intervention. Now that is starting to sound like ‘My Ideal School’.

I believe it is possible to create an ideal school and classroom environment. Instead of league tables and Ofsted rankings, schools would be more aligned with the developmental milestones of children – rather than the desire to fill them full of facts and figures so they can pass the required tests.

This would see schools focus on fostering a sense of belonging among all students. This is important, because for all children, feeling connected remains a powerful ingredient for well-being. This includes how pupils feel about being in school.

In order to develop well, children also need to feel safe: physically, emotionally and psychologically. When safety is compromised, children are less likely to try anything new. When those who don’t “fit” are labelled and bullied, pupils struggle with maintaining a positive self image – which affects their mental health, often into adulthood.

In the ideal school, children would be valued for their unique strengths and qualities. A system of personalised learning and personal bests would ensure that each pupil was in competition with themselves rather than others.

They also wouldn’t be constantly anxious about not being “good enough”. Society doesn’t need everyone to be doctors or merchant bankers, we need people to do a great job as a bus driver or hairdresser and be proud of what they do.

There has also been an outcry about cuts in the creative arts in schools.

This is not only inconsistent with optimal child and adolescent development but makes little sense where innovative thinking is linked to economic growth and the media industry is a major employer.

In my ideal school, socialisation and language would become part of the formal curriculum and include social and emotional learning, global citizenship and ethics. This would see young people discuss and reflect on identity, values, rights, responsibilities, relationships and resilience. One of the most fulfilling projects I was involved in as a teacher was one that looked at ‘rights and responsibilities’ of students. The project was a European one funded by the British Council and involving students from The Netherlands, Italy, Spain and France. It culminated in a presentation, by the students, to the European Parliament.

In my ideal school, mistakes would also be part of the learning process – allowing children to be more independent in their thinking and learn for themselves. Education would be less didactic and controlling. Giving children more choice and autonomy leads to higher self-esteem and stronger intrinsic motivation. Pupils would be given a voice, encouraged to think for themselves, and offered opportunities to develop self-reliance.

I have taught in a school with no fields or any green space and in a school which had these in abundance and was surrounded by farmland. Looking back I now realise the impact this had on the pupils, their learning and their wellbeing. It also had a profound effect upon the staff too. In my Ideal School there would be Green Spaces.

There are now several studies showing that with green spaces, children are less exposed to traffic and the kinds of pollutants that are likely to negatively influence development, especially at the younger ages. There are also possible explanations such as the reduction of noise, the likelihood that children will be more active, and, the presence of natural microbes – which I think we can take to mean that “making mud pies” is good for your development. In education, we need to do more work to understand better how pupils are using green spaces for travel to and from school, during playtime, and within the curriculum. Given the wider literature on the effects of having green spaces nearby, we might expect that engaging in more purposeful activity in nature for educational ends (rather than merely looking at it or having it nearby) will boost pupil’s achievements and attainment.

There are many, many articles about what an ideal school might look like but not so many are written by pupils. So I end with a poem written by a child about their ideal school:

Where Children read and play all day

Where pupils grow in every way

Where learners speak what they want to say

Where do you think you are going,

Where learners reach in a bus

Where Mathematics is not a fuss

Where studying is not a rush

Where do you think you are going, 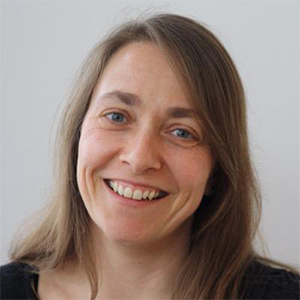