Relational Bullying in Schools – How to make a difference

Bullying is a problem for schools worldwide. It is a fairly common behaviour, although it can be difficult to identify the number of young people who have been bullied because of the different ways bullying is measured.

Bullying is generally thought of as an intentional, harmful behaviour which is carried out repeatedly. Schools are legally obliged to tackle bullying, but they may not have had the adequate guidance or training to do so, meaning that attempts to address it often focus on the more obvious forms of bullying, such as physical aggression, and overlook the children’s views.

The repetitive nature distinguishes bullying from other forms of conflict or aggression among young people. There are four main types of bullying behaviours: physical, verbal, cyber and relational (or social).

Relational bullying is probably the least known form of bullying. But it is also one of the most common forms, and can have more damaging effects than the other, better known forms of bullying. Relational bullying causes harm by destroying an individual’s peer relationships and social status. It could involve social exclusion: not inviting peers to take part in activities, for example, or spreading rumours and embarrassing information.

In particular, the researchers wanted to see what kind of relationship there was between relational bullying and health-related quality of life, while also considering physical and verbal bullying. Health-related quality of life is a broader measure of a young person’s well-being which covers their physical, emotional, social and behavioural functioning. It fits with the broader World Health Organization definition of health, which states that health is not simply the absence of an illness.

They found that relational bullying is associated with lower health-related quality of life, and appears to have a larger influence than physical or verbal bullying – almost double that for verbal bullying. The research also considered gender, and found the findings were the same for both boys and girls.

We have come a long way since bullying was viewed as just an unavoidable part of life, a rite of passage during your school years. We now have access to numerous charities aimed at providing support for those young people who are being bullied, for their parents, and advice for schools. There are a number of well-established, evidence-based interventions, and UK law specifies state schools must have anti-bullying policies in place.

Internationally, there have been many school-based anti-bullying programmes that bring about, on average, a reduction of some 20% in bullying. The Norwegian Olweus Bullying Prevention Programme aims to provide a different structure to school classrooms to discourage bullying and reward more helpful behaviours. The Finnish KiVa programme uses virtual learning methods and enlists high-status peers as defenders of those who are being bullied.

New data from NHS Digital and reported in The Guardian, suggests the number of nursery and primary school pupils who self-harm is rising rapidly. In the five years to 2017, hospital admissions for self-harm by children aged three to nine in England increased by 27%, with admissions jumping 13% among this age group between 2016 and 2017 alone. In 2016-17, 107 children aged three to nine were admitted to hospital for self-harm.

At the same time, teachers are struggling to get help for the children who need it. A 2017 survey by NAHT, the headteachers’ union, showed that 56% of headteachers who tried to get mental health support for their pupils found it “difficult” and more than one in five failed, with most citing a lack of NHS services or budget constraints.

Despite a government pledge to invest in Child and Adolescent Mental Health Services (Camhs), some local NHS areas were spending less than £10 a head on children’s mental health in 2017, research by the Royal College of Psychiatristsshows. The YoungMinds charity calculates that £85m was cutfrom children’s mental health services in the five years to 2015 alone. 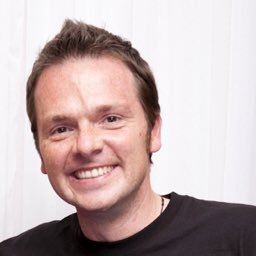 The role of a SENCO in schools is a huge one, and has become ever-more demanding.